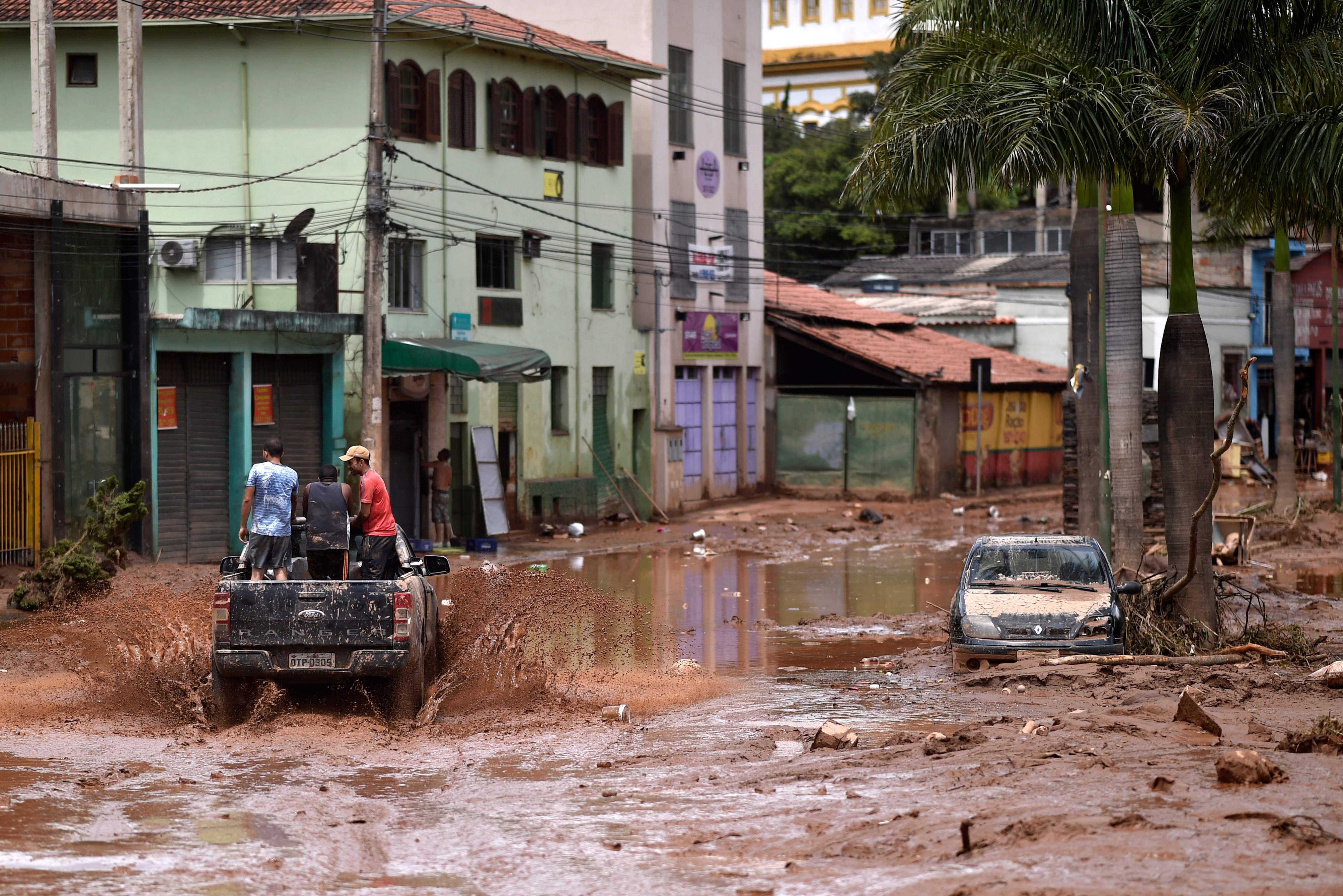 Climate change was the main cause of the extremely heavy rainfall that led to severe flooding, deaths and massive damage in cities across Minas Gerais state, Southeast Brazil, in January 2020, according to a study published in the journal Climate Resilience and Sustainability.

Using climate modeling for the region, the study shows that the effects of industrialization and global warming increased the probability of far higher volumes of rain than expected by 70% compared to scenarios with average temperatures 1 °C -1.1 °C lower.

The authors of the study also quantified the damage caused by the extreme event, estimating that over 90,000 people were made temporarily homeless, and at least BRL 1.3 billion (USD 240 million) was lost in the public and private sectors. Most of the material damage was to public infrastructure (BRL 484 million), housing (BRL 352 million), and retail stores and other services (BRL 290 million). Human-induced climate change is blamed for 41% of the total.

The article was published a week after the Intergovernmental Panel on Climate Change (IPCC) stressed in its sixth assessment report that “it is unequivocal that human influence has warmed the atmosphere, ocean and land”, contributing to rapid intense changes in all regions of the planet.

The extreme precipitation event that occurred in Southeast Brazil on January 23-25, 2020, led to floods and landslides, causing damage to infrastructure and deaths. The event resulted from an intensified South Atlantic Convergence Zone (SACZ) combined with the emergence of the Kurumí subtropical cyclone (KSC) over the South Atlantic. Both phenomena increased moisture content throughout the region.

Belo Horizonte, the capital of Minas Gerais, had the wettest January in its history. According to the National Institute of Meteorology (INMET), rainfall totaled 935.2 millimeters (mm), or almost three times the average for the month, with 320.9 mm falling in three days. At least 56 deaths were considered due to flooding and landslides at the time.

The authors emphasize that the study offers new insights regarding the urgent need to take action on climate change, which is already having a significant impact on society in Southeast Brazil: “This calls for immediate improvements in strategic planning to focus on mitigation and adaptation,” they write, adding that public management and policies must evolve from disaster response to include prevention of future disasters.

The study was supported by FAPESP and derived from a workshop led among others by Sarah Sparrow, a researcher at the University of Oxford (UK) and last author of the article. The workshop was sponsored by the Climate Science for Service Partnership (CSSP Brazil), a collaboration between UK institutions and organizations in Brazil, including the National Space Research Institute (INPE), the Natural Disaster Surveillance and Early Warning Center (CEMADEN), and the University of São Paulo (USP).

Held online in December 2020 in partnership with Liana Anderson, a researcher at CEMADEN and penultimate author of the article, the workshop discussed a method known as extreme event attribution that aims to quantify the potential effects of human-induced climate change on the probability of extreme weather events.

Two working groups analyzed the Minas Gerais extreme precipitation event. One focused on the influence of climate change on rainfall, while the other quantified the impacts on the population. The findings of both groups were integrated in the published article.

“Close interdisciplinary collaboration enabled us to produce a high-quality study with consistent results in only a few months,” said Ricardo Dal’Agnol, a researcher in INPE’s Earth Observation and Geoinformatics Division and first author of the article.

The global climate model used for attribution was the Hadley Centre Global Environmental Model version 3-A (HadGEM3-A), with simulations of extreme weather events. Two experiments were conducted to help design scenarios, one considering only natural factors such as variations in solar irradiance and volcanic activity, and the other also considering anthropogenic factors, such as land-use changes and greenhouse gas emissions compared with the pre-industrial level (1850).

According to the latest IPCC report, the planet’s average temperature is 1.1 °C higher than in the period 1850-1900, the reference period used to approximate pre-industrial temperatures before the sharp rise in emissions of greenhouse gases such as CO2 and methane.

To understand the spatial distribution of daily precipitation in the study area and estimate precipitation for the attribution analysis, the researchers used the CPC Global Unified Gauge-Based Analysis of Daily Precipitation, and the Climate Hazards Group InfraRed Precipitation with Station Data (CHIRPS), which integrates satellite imagery and rain gauge station data to create time series for trend analysis and monitoring.

Data on disasters, including location, type, causes, and damage, was extracted from Brazil’s S2iD Integrated Disaster Information System, which holds data recorded by Civil Defense and local government staff within ten days of an occurrence. The authors “highlight the importance of having integrated disaster information systems such as the Brazilian S2iD, which conveys valuable and timely information that allows quantification of the impacts from extreme events”.

The study area in southeastern Minas Gerais was subdivided into 12 mesoregions (official units comprising a group of cities that share geographical and societal features), with a total of 194 municipalities. The state has 853 cities all told. “The most affected mesoregions were metropolitan Belo Horizonte, Vale do Rio Doce and Zona da Mata. Together they accounted for 91% of public economic losses and 93% of private economic losses, 92% of total material damage [and] 91% of the total displaced population,” the authors write, adding that these areas also displayed “the most alarming numbers regarding vulnerability to disasters of residents and dwellings in officially mapped risk areas”.

They also note that although the event was extreme and influenced by climate change, its impacts were exacerbated by lack of urban risk management planning, mitigation and adaptation strategies, as well as underinvestment in infrastructure, and that it may have disproportionately affected the poor living in high-risk situations such as precarious hillside housing.

“We, therefore, interpret the impacts of this event as a socially constructed climate disaster,” they write, suggesting that future studies should investigate the impact of extreme weather events on poor and vulnerable people. “Moreover, future research could also address the increasingly complicated interactions of human, economic and political aspects within ecological systems,” they add.

According to Dal’Agnol, the model developed to analyze the Minas Gerais disaster can be applied to other regions. “We used scenarios based on the model and satellite rainfall data to estimate probabilities,” he said. “The methodology can be used to analyze other events. At the time of our study, we found little research on extreme weather events in Brazil. More studies like this one are needed to identify regions that are particularly vulnerable to climate change so that government and public policy can be properly prepared to prevent future disasters.”

Report to Urge Charges Against Brazil’s Leader Over Pandemic

Undocumented and Asylum-Seeking Children from Central America and Mexico: here They Are and How Schools Are Doing