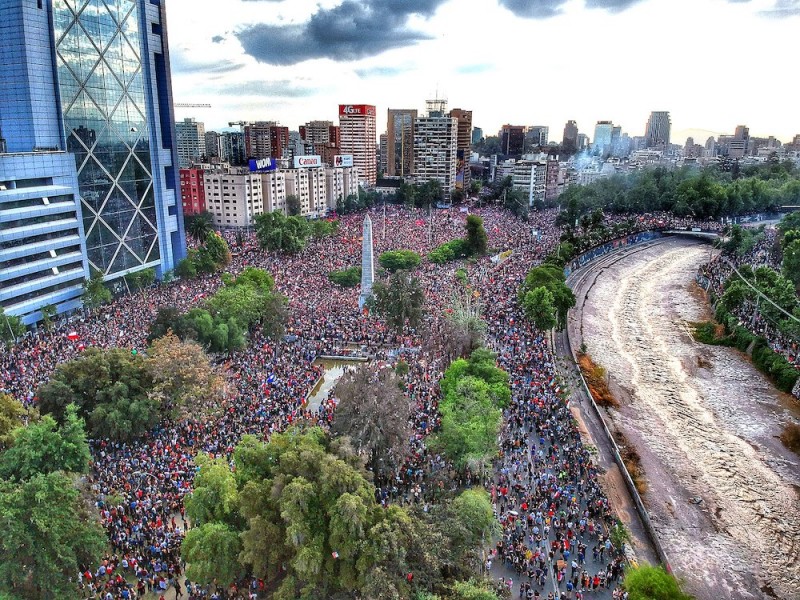 The uprising that erupted in fall 2019 in Chile against the post-dictatorship government may be diminished by the impact of the COVID-19 pandemic, according to faculty at Binghamton University, State University of New York.

Despite a reputation for equitable development and robust democratic institutions, post-dictatorship Chile proved incapable of guaranteeing economic and social protections for vast swaths of the population and of adequately representing their needs and policy preferences, according to René Rojas, assistant professor of human development at Binghamton University. Over the last 10 years, stagnation, intensified insecurity and oligarchic politics promoted an upsurge in popular protests that finally erupted in October 2019, as a furious and seemingly uncontainable rebellion. The COVID-19 pandemic, however, may give the post-authoritarian regime a new lease on life, as it undermines possibilities for ongoing collective action and places the prospects for meaningful reform on hold.

“As the insurgency set about to resolve its differences and confront inevitable exhaustion, the arrival of the coronavirus and its recent surge have placed mobilizations on hold, threatening to restore the fragile balance of the pre-rebellion order,” wrote Rojas in a new paper in New Labor Forum. “In one swoop, the pandemic snatched from the movement its crucial weapon for securing concessions — its capacity for disruption.”

Fear of the virus and its economic consequences has stymied the uprising, and Chileans have redirected their energies toward holding on to work and whatever income they might secure. Whether the uprising can find its momentum again amidst the ongoing pandemic remains to be seen. Some developments indicate that as the pandemic reveals the inadequacy of official relief measures and re-exposes deep inequalities at the heart of the Chilean governing model, mass mobilization might retake center stage, wrote Rojas.

“The question in coming months will be whether Chile’s new mass movement can regroup and win the reforms it forced onto the national agenda or whether neoliberal elites will succeed in reviving the developed world’s least representative and most unequal political system,” said Rojas.

The paper, “Can the Chilean Uprising Survive the Pandemic?”, was published in New Labor Forum.